While I was there in Metz we saw the French premiere of STAR WARS and I was amazed at the theological implications of what, in the film, is called “the force”. Have you seen the film? I then bought the novel. Beyond doubt there is a profound theological theme to it, and the audience is reacting to it. Also (and I tell you this witha certain hesitation) the description of “the force” in STAR WARS for unaccountable reasons resembles the entity or force which took me over during my religious experiences in March of 1974. That which I saw then, which I call VALIS or Zebra was a plasmatic energy. Read this quotation from the novel STAR WARS (p. 120):

“Remember, the force is omnipresent. It envelops you as it radiates from you. A Jedi warrior can actually feel the force as a physical thing.”

“It is an energy field, then?” Luke inquired.
“It is an energy field and something more,” Kenobi went on, almost mystically. “An aura that at once controls and obeys. It is a nothingness that can accomplish miracles. No one, not even the Jedi scientists, were able to truly define the force. Possibly no one ever will.”

Now page 121:
“I’ve seen a lot of strange things. Too many to believe there couldn’t be something like this ‘force.’ Too many to think that there could be some such controlling one’s actions. I determine my destiny – not some half-mystical energy field.”

Page 81:
“Let us say simply that the force is something a Jedi must deal with. While it has never been properly explained, scientists have theorized it is an energy field generated by living things. Early man suspected its existence, yet remained in ignorance of its potential for millennia. Only certain individuals could recognize the force for what it was. They were mercilessly labeled: charlatans, fakers, mystics – and worse. Even fewer could make use of it. As it was usually beyond their primitive controls, it frequently was too powerful for them. They were misunderstood by their fellows – and worse.”

Eugene, this is as good a description of what I experienced taking me over and guiding me; actually controlling me, in March of 1974 as I myself could write. Also, the character Luke hears the voice of the dead Jedi knight Kenobi, just as, when the plasmatic field which I call VALIS took me over I, too, heard a voice – that of my dead and resurrected leader, Jesus Christ. Whether George Lucas knows it or not, he in his film and novel is making the mystery of our religion real to literally millions of people, by using new names, new descriptions. I have no idea how conscious Lucas is, how deliberately he acted … or whether he was acted upon by God in his writing, as I think we all are to some degree.
Well, I am very tired from my trip and must sign off. Please write again soon, and forgive me for having mislaid your recent letter.

P. S. To clarify – I have no doubt that it was the Holy Spirit, the Third Member of the Trinity, which took me over in a theolepsy in March of 1974, but in my notes and novel VALIS I am striving for new formulations, new and fresh ways of expressing what I believe to be the eternal truths, just as I did in MAZE OF DEATH and other earlier novels. As St. Augustine said, there is no end to the wonderful mystery of the Trinity; one can contemplate it for all eternity and yet not know it completely. I do think George Lucas has done something of sensational importance and value for man in STAR WARS: I honestly believe that the Word and Hand of God guided and informed him, whether Lucas is aware of it or not. What I myself have done is a mere tittle in comparison to what Lucas has done – and my audience is a tittle compared to the audience he is reaching, for which I also thank our God, and I realize that our God knows how to reach into the mass of mankind, that mass of mankind being secular now and drawn away from religion. Did I not show this in my own novel UBIK, where the intermediary personality of Glenn Runciter, who stands between man and God, promotes the Word Itself of Ubik to appear in the garbage and rubble and trash of TV commercials, and in vulgar ads in general? I foresaw – and saw – that the Word would come to us not so much down from above, now, in these secular days, but up, so to speak, from the gutter. STAR WARS confirms me. I am sure of this. God speaks to us from popular novels and films; here is a supreme example. Names and creeds and doctrines and dogmas and formulations are not important; what is important is the living Word. And it is that which Lucas depicts and describes in “the force,” as he calls it. And people everywhere are responding. 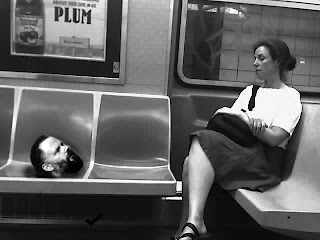