The same year that ASAP Mob – the new hype and hope of New York rap – served us two surprisingly atrocious songs with their idols Jim Jones and Raekwon, a Bay Area veteran did more or less the opposite. On The Sentence we find two historically important and close-to-classic records featuring N.Y. legends.

The Jacka does not receive the attention that he deserves. His pen writes both hits and introspective scriptures, infectious hooks over throbbing club music, as well as pain verbalized over very distinctive, etheral, left field production (yes, seeking out them really different sounding slaps is a speciality of his).

Why is he not more widely recognized?

Maybe because he, in a sense, already is a finished product. He knows his market. He knows his art. He’s rich from shows and selling tapes all over the west coast and the midwest. He doesn’t need the industry. They can’t control him like an artist lacking in either the streets or the music side of things. And they know that he knows that they know this, you know.

The Jacka has a way of bringing out the best out of otherwise unknown artists, as well as Bay Area favorites both old (like Too Short and E-40) and new (like J. Stalin and Lil Rue). But even then the collabos on his latest album – The Sentence slipped under my radar at first, since web promotion is neglected and record stores ’round my parts never keep his albums on display, not that I ever visit record stores – stand out.

With Havoc and Prodigy beefing, and continuing to disappoint as solo acts, M.O.B. is a breath of fresh air. It might be the last Mobb Deep song we will ever get, and surely the last good one. How did they end up here? How did the song turn out so organic?

Beat-wise it’s a logical continuation from Murda Muzik, before their sound took a turn for the worse. It’s energetic and electronic, but with a distinctive New York feel. And it fits perfectly with the rest of The Jacka’s catalog.

As if snatching up the last pre-beef verses from the iconic Queensbridge duo wasn’t enough, through some miracle The Jacka also got Max B out of prison, flew him over to the Bay Area, made him lay down some bars in the studio, and then flew him back to the East Coast and back to prison.

That’s what it sounds like at least. I know someone is on the twitter trying to sell verses from Bigavelli, but Look Into My Eyes really sounds like a song where both rappers were present in the studio. It’s not just new rhymes from the Wavy One himself, we get two whole verses from him over an incredible, Jeffro-sounding instrumental.

Excited about this one. K In The Trunk was thugged out RnB done right. 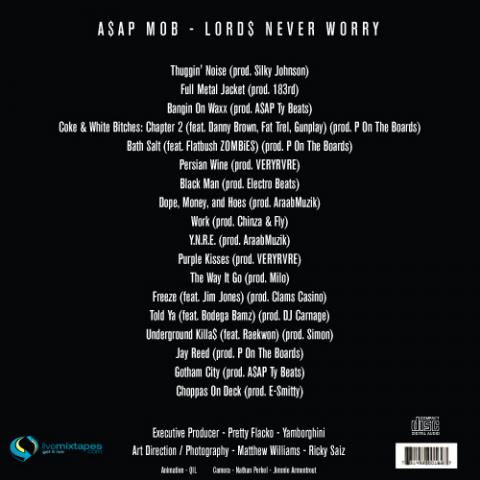 On the other hand, we got Danny Brown, Fat Trel, Gunplay (on the same track!), Raekwon, and a song called Banging On Waxx, produced by Ty Beats, on here. Tomorrow is the day when the fate of ASAP will be decided…

“Rocky i﻿ really like you, and your music! But damn your crew can’t rap man” 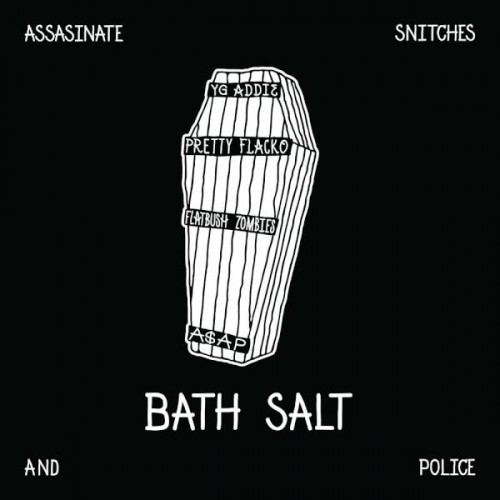 “the doctor peed on you when you was born, you ugly motherfucker“