I watched Alex Jones’ The Obama Deception yesterday (well, most of it anyway).

While it surely is wise to pay special attention to what kind of people the new president puts in his government (as we saw in the documentary mostly bank people, members of the Bilderbergs and The Trilateral Commision, leftovers from the Bush administration, even Henry Kissinger (of all people) as an advisor), Jones’ extreme emphasis on certain people and secret organizations does the whole thing a disservice. Conspiracy theory does not make you feel like the world is in our hands (which it really is), but in the hands of a few very powerful men. His dada-like gusto and ability to dig up interesting factoids should be acknowledged, but his analytical tools need to be sharpened.

What I gained from watching this was mainly a deeper respect for KRS-ONE (who stops by to give his two cents on the new administration). He is one of the few rappers who has had the balls and the intelligence to critize the first black president. His message: “Don’t get caught up in the emotionalism of Obama!“

Kris is still completely on top of his game, spiritually profound and verbally razor-sharp, having stayed relevant for more than 20 years, releasing more than 20 albums (Pick It Up form the youtube-clip sounds pretty dope, Maximum Strenght needs to be looked into), and succeeding with seemingly impossible tasks, such as incorporating dancehall and vegetarianism into the boom and the bap and still keeping it one hundred percent hardcore. Twenty-two years after Criminal Minded, he still smacks you over the head verbally. If it is one artist I would like to see live, it would be the Blastmaster.

Now what Alex Jones really should do is record an album with the God, supplying the anti-governmental motivation speeches and creepy electronics backdrops that we are used to from his movies to The Teacher’s most politically explicit verses.


KRS-ONE f. Truck Turner – Bring It To The Cypher (prod. by DJ Premier) 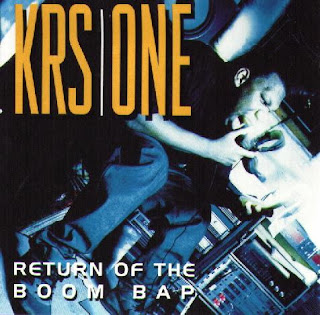