Old but news to me, according to Wikipedia:

“Florian Schneider, one of the two original co-founders of the pioneering German electronic group Kraftwerk left on 21 November 2008. Commenting shortly after Schneider left the band, the Independent newspaper had this to say about Schneider’s departure: ‘There is something brilliantly Kraftwerkian about the news that Florian Schneider, a founder member of the German electronic pioneers, is leaving the band to pursue a solo career. Many successful bands break up after just a few years. It has apparently taken Schneider and his musical partner, Ralf Hütter, four decades to discover musical differences.‘” 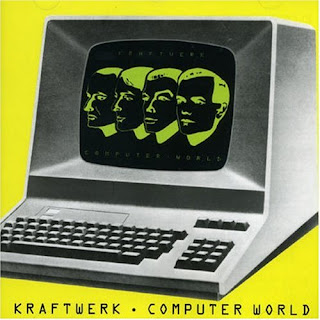 Perhaps The Hacker is right. Is Computer World the best album ever?

On the other hand, you can’t hate on someone if he prefers one of these meisterwerken. 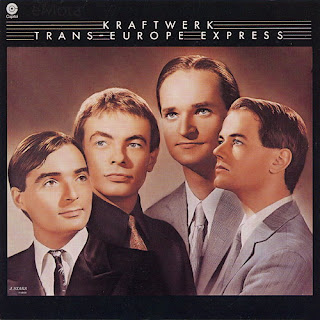 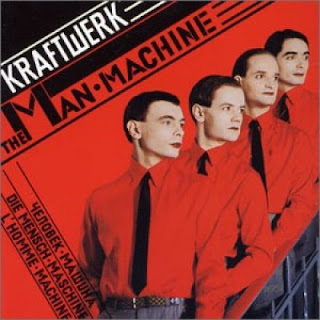 “Along with their message about the unification of man and machine, it seems, Kraftwerk is suggesting that we are all citizens of the same global community. “This is because we live in Düsseldorf,” Hütter points out. “It’s in Germany but it’s only 20 minutes from Holland and a little more than half an hour from Belgium, not even two hours from France. It’s a very mixed area.”

The tunes Europe Endless and Trans-Europe Express also express this idea. “We travel a lot in Europe,” Hütter reports. “And it’s not like in America, where you travel a thousand miles and you’re still in America. Here we have to adapt to different situations more. And electronic music, I find, is by nature an international medium. Radio waves go around the world, and this music can be understood and can communicate with people all around the world. Our music has been called industrial folk music. That’s the way we see it. There’s something ethnic about it. Wherever you go, you never leave the modern world.” This is especially true of Düsseldorf, because the town was the center of German industry before World War ll and consequently was bombed and completely destroyed. The entire city today is newly built. “All our traditions were cut off” Hütter says. “It left a vacuum. We are the first post-War generation, and so we are the beginning of something new”

Because Düsseldorf is still heavily industrial, the sounds of industry have themselves had a direct impact on Kraftwerk’s music. “Our first album was recorded in a studio that was right in the middle of an oil refinery” Hütter recalls. “When we came out the door we could hear the sound of those big flames burning off the fumes – all kinds of industrial noises. Even engines are a kind of music. You can hear the harmonics in their tones. When you walk down the street you have a concert; the cars play symphonies. And we use this fact in our music. ln Autobahn the cars hum a melody. In Trans-Europe Express the train itself is singing.”

But in spite of this emphasis on sound effects, much of Kraftwerk’s music has straightforward tonality and simple, easy-to-understand melodic lines. Entire sections of a tune or even whole tunes may be played on a single chord. The music is invariably in 4/4 time, and virtually always falls into precise, regular, four-bar phrases. Which certainly doesn’t sound progressive when you describe it that way. The effect on the listener, however, is another story.” 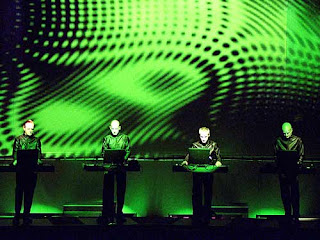 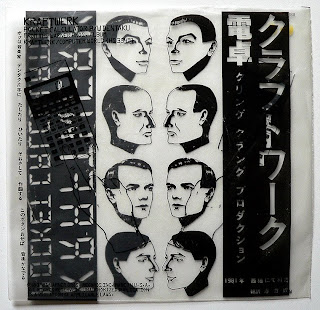