A wonderfully bleak, realistic, depressing update of the Mafia-movie. Since most well-known gangster flicks are american, it’s refreshing to see a contemporary take on the genre coming from the motherland (and it’s not dealing with the Sicilian Cosa Nostra, but the Napolitanian Camorra – which explains the title).

The almost-documentary, understated storytelling has more in common with the Cops-inspired excitement of Meirelles and Padilha than with the well-rehearsed choreography of Scorcese, Coppola, Leone, De Palma, and leaves the movie open, more naked to life, for once letting the personal development (yes, voice-overs and first person perspectives can be made to work well at times, but rarely manages to stay clear of the stereotypes that surround the fine art of myth-making) stand back for the social situation. Characters and surroundings, in all their beauty and ugliness, are captured masterfully. 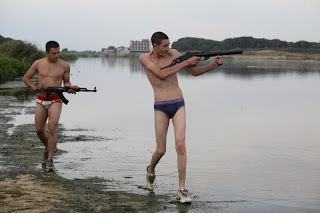 Originally a book by journalist-in-exile (after several death-threats) Roberto Saviano, the beautifully shot Gomorra stands together with The Sopranos as recent years most solid addition to the ever intriguing mob mythology of the modern world. 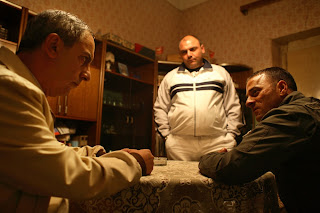 That modern-day-gangster-fatso-in-tracksuit-look didn’t even work for Tony Soprano.