Sensationalism has its place. ANSWER Me! and the infamous Mondo film-series are examples when artists concentrate on the gory and extreme parts of reality without turning away, and do it with artistic rigour. That redeems them.

It is harder to forgive the sensationalism of a film like Send A Bullet, not only because the themes are randomly thrown together and distorted through a clueless North American, upper class-perspective, but firstly because the director literary gorges himself on all the sleaze and gore of Brazilian reality while at the same time making a grand display of holding his nose. Kind of a double standard going on here. “Oh, this is terrible! But let’s loop the industrial slaughter of frogs and kidnappers cutting off ears again since we were to lazy to film any relevant material.” Also, it resembles the Mondo-series not only in its random structure and obsession with violence and misery, but in that it does not mind staging scenes when reality just isn’t juicy enough. The kids playing kidnappers in the end? He instructed them to do that.

In Send A Bullet (a pointless film needs an equally pointless title) North Americans living in São Paulo complain that they have to ride around in the city in bulletproof cars and helicopters for fear of being robbed and kidnapped. Especially funny is the part where the interviewee mentions that his robber stopped by the sidewalk after taking his money and counting it, as if he were without fear of the law. Why not move back to your own country then, one asks oneself, preferably to Washington D.C., where the murder rate doubles that of São Paulo’s and the criminals surely are polite and professional?

Why not watch amazing documentaries about Brazil such as Ônibus 174 or Beyond Citizen Kane (torrent) (google video) instead? 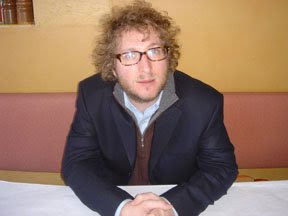